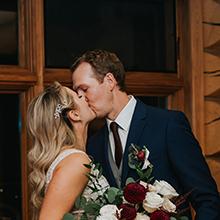 Lewis and Shelby met on the Dicken Road school bus, but according to their moms the couple met at Shelby’s baby shower! Lewis was just two years old, and the jury is out on first impressions. Eighteen years later, Lewis and Shelby began dating.
“We went to to Ghostrider hockey games, the Vogue Theatre, Yamagoya and of course, many bush drives up Hartley Lake road and throughout the South Country – true Fernie local style,” Shelby tells us.
In 2018, Lewis and Shelby built their first home in Baynes Lake, a beautiful village just off Lake Koocanusa, where Lewis’ family has lived for generations. The following summer, on July 27, 2019 they decided to conquer the challenging and stunning Fisher Peak. Once they reached the rewarding apex, Lewis proposed and the answer was an enthusiastic, “YES!”
“I admit, I am your typical 20-something-year-old. I had Pinterest boards for every aspect of my future wedding. When Lewis proposed it was like we had the green light to our future. By September, I already had my dress and in December we had mailed out our wedding invitations. We were so excited that the wedding was finally coming together. We were going to have a smaller wedding with 70 people for the ceremony and dinner that would take place on our property with another 50 attending the post-dinner reception. Almost everything was planned, then in March, the world came to a stop.”
COVID-19 has affected everyone in multiple ways. For Lewis and Shelby, it meant planning their wedding in a different way than they had originally hoped and expected.
“We had reimagined our wedding two and three times over. In June, we came to a decision… something I had been dreaming about since I was ten years old. To host a smaller wedding at Island Lake Lodge.”
Once this choice was made, everything seemed to effortlessly fall into place. The date was moved to September 20, 2020 which is also Shelby’s grandparents’ wedding anniversary.
“We got lucky, as Island Lake changed the closing day of their summer season so we were able to have the entire property to ourselves. It was absolutely magical!”
Favourite moment of your day?
Lewis can’t pick a single moment, as a few stick out to him. “The first time I got to see my beautiful wife in her dress at our first look. I’ve seen her dressed up before but never like that. Absolutely stunning! Another moment would be at the ceremony, being surrounded by the most important people in our lives, in such a beautiful location.”
For Shelby, it is all about the little moments she and Lewis got to share together. “A private moment in the trees, taking a breath and looking up at the mountains, and seeing a chipmunk during our ceremony.”
Advice for couples planning their own wedding?
“If I had to give advice to the guys getting married it would be, ‘do whatever she asks of you,’ it will take some stress out of her life,” says Lewis.
Choose three things that are most important to you. “Mine was the photographer, the venue and the flowers. Then those can be your main focus with all the other details not in the forefront of planning. And be open to different options and plans B, C and D,” Shelby says.
Wedding Gallery
Photographer: Mckenzie Jespersen 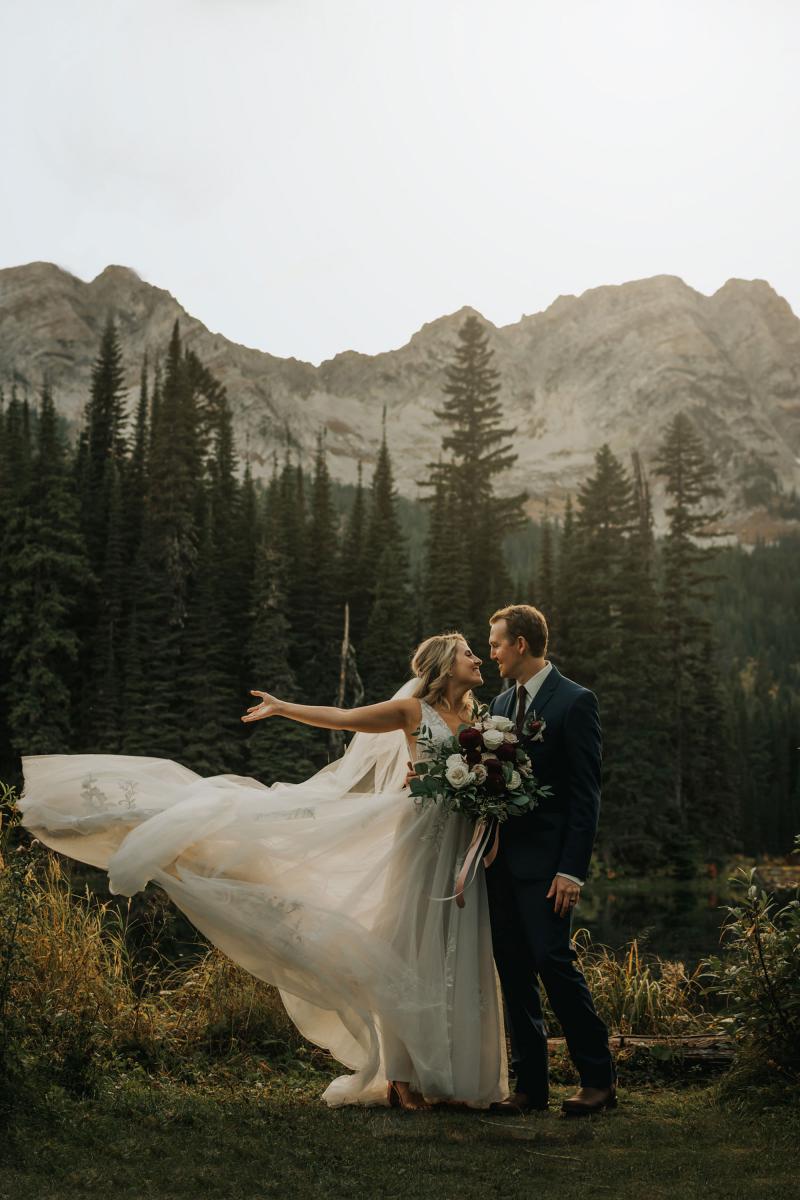 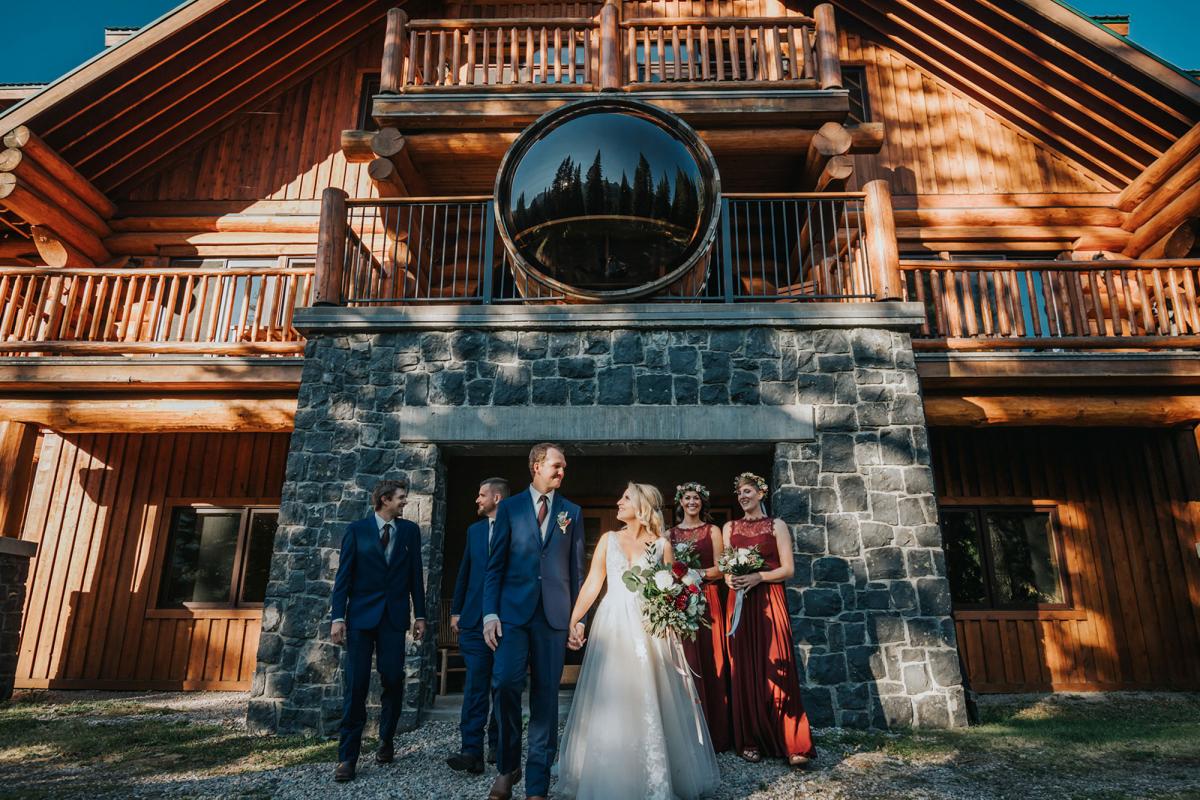 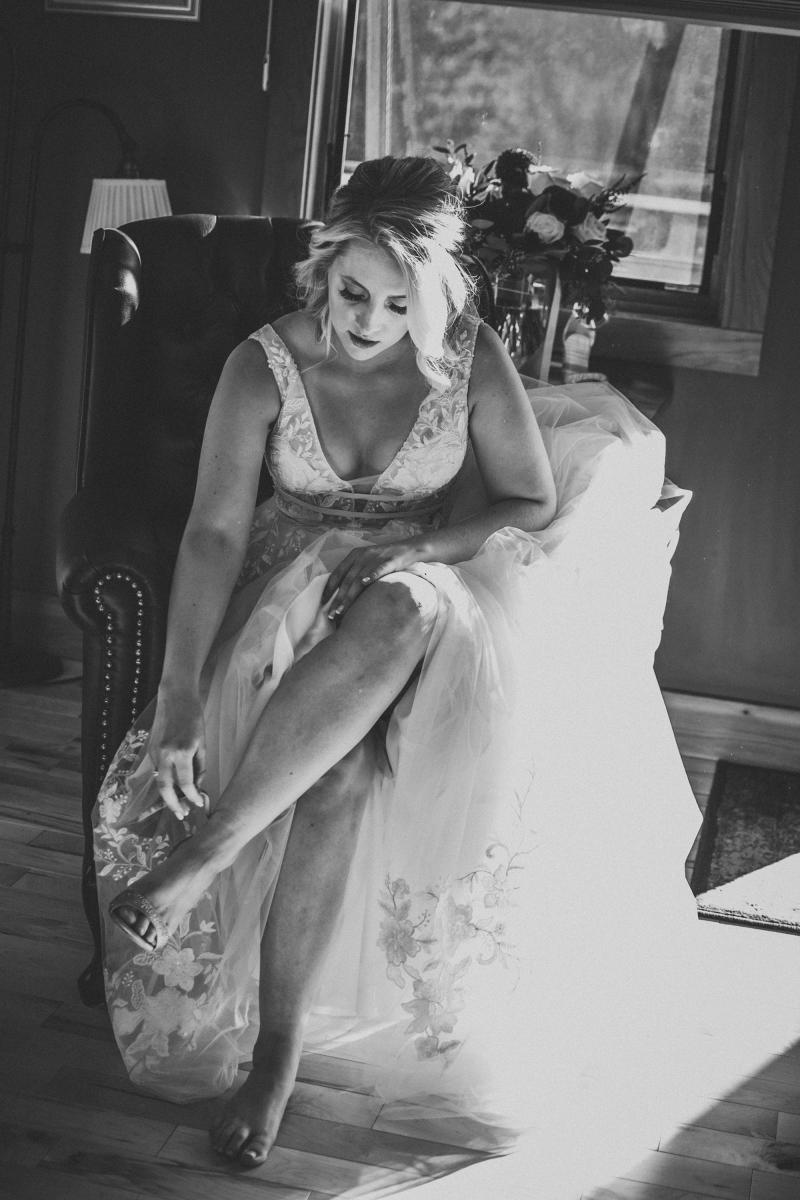 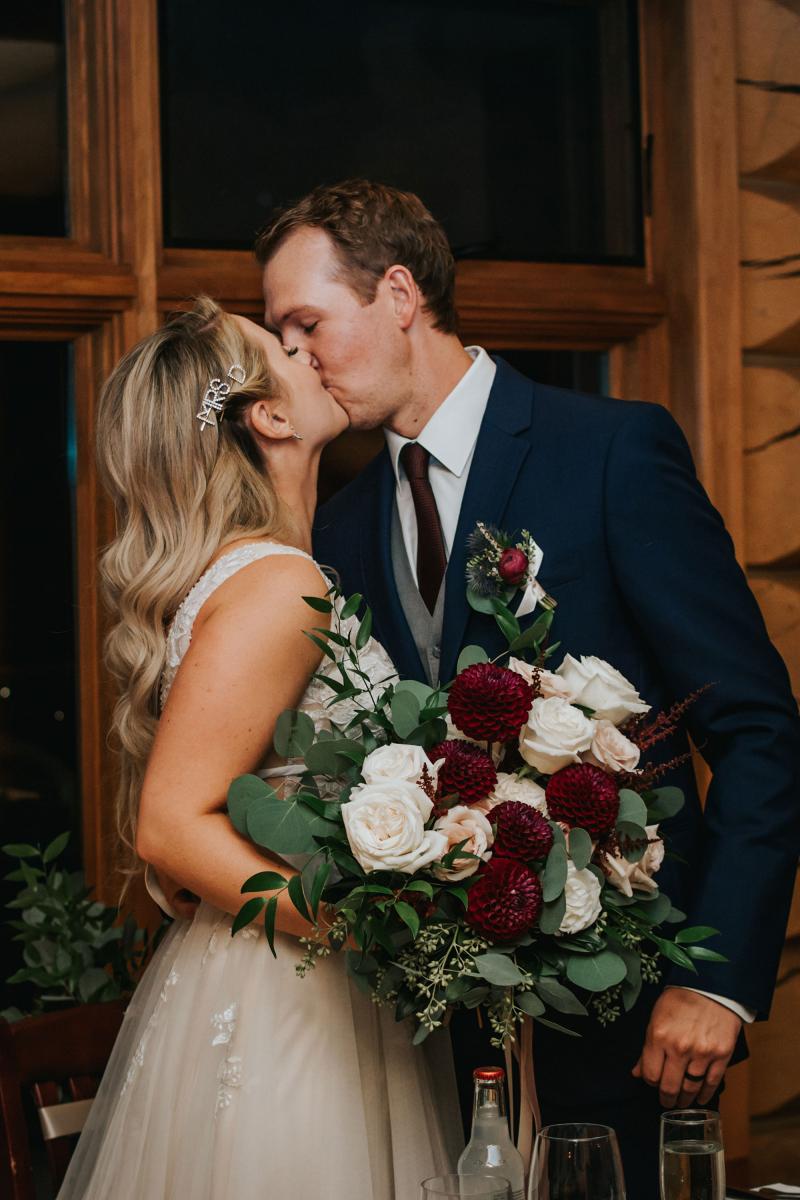